I read livejournal everyday, I rarely miss an entry. Of course, I rarely comment too.

I need to post more than once a month. Really, I do.

* Sister's baby shower, got to hang out with my Aunt from Texas, and we took her back to Detroit Metro from Dad's house in Grand Haven so that was cool. Becky had never been in an airport before, so I showed her around. (we had gate passes because my aunt needs assistance boarding the aircraft, so after she departed we had free run of the terminal for a bit.)

* We went to Dan M's birthday party in West Branch. Becky took a number of great pictures here. I have a few too, but they're not as good so I didn't post them. I had the higher megapixels and the stronger image processor on the camera but her zoom lens is slightly stronger than mine and she was actively pursuing photos so hers easily outpace my own.

* Had dinner or hung out a varying number of times with ninadiel, hollywoodpanic, niteshad, slash616 and Brad and Laura.

* Lots of work stuff, mostly dealing with the completion of our facilities network, and the migration of customers therof. It's really cool to start see it taking load, realizing that a year ago this didn't exist in even the most minor form. And it wasn't even something I expected to do for a couple of years when I started at my employer. All my personal numbers get ported onto the new network tomorrow, so that will be pretty cool as well.

* With the help of niteshad, Brad, Ben, and ladymace's masterful trap setting, we caught one of the squirrels that have been living in my chimney. (we have since caught one more, with one to go). Then I can pay lots of money to fix whatever damage has been done by the infestation. Here's a video of the first one we caught, that we had to let go because it was caught after hours and the animal control people weren't around. Here's video of the angry squirrel in its cage:

Here's the squirrel again, running like a bat out of hell into his new home, about 3-5 miles north of our place.

niteshad has a more exhaustive post on the happenings here. Any further elaboration by myself would result in a duplication of effort, and he's done an great job explaining what was up.

And if anyone here needs me to scan the contents of this envelope, let me know. I'm sure you all have it on lockdown though. 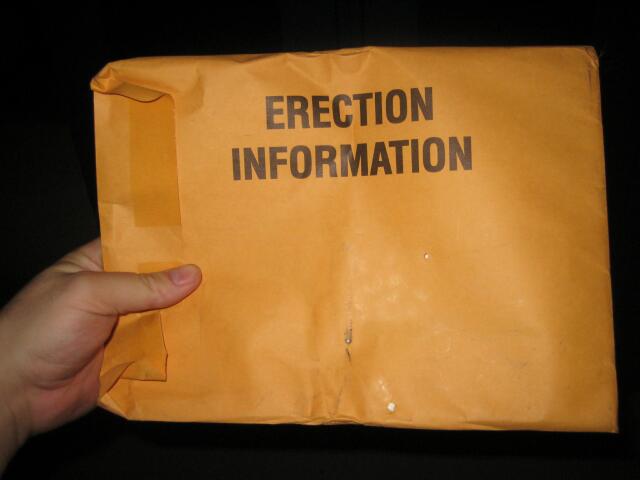